Why I will never Support Trump

As a lifelong Republican, I cannot vote for Trump.

Since I first saw George W. Bush speak at the age of 8 in 1999, I have been a Republican. Through high school as I gravitated to books by authors such as Ayn Rand, Barry Goldwater, and the writings of Milton Friedman my conservatism only grew. Upon entering college having the opportunities to attend CPAC and Americans for Prosperity events fueled my activism even further.

I have worked for numerous Republican campaigns and advocacy groups, am a lifetime member of the NRA, and still revere Ronald Reagan as my personal hero. I am a Republican because I believe in limited government, lower taxes, and a strong national security including a robust military. I believe in the 2nd amendment, the right to life, and believe very strongly in personal freedom and responsibility.

It is for all these reasons that I, a staunch Republican must rebuke Donald J. Trump and urge my party to select another nominee at our convention in July.  Mr. Trump is the antithesis of what a Republican is, he is trying to establish an authoritarian, totalitarian regime, where guns are outlawed and the president will morph into a dictator.

Under a Trump regime America will lose all credibility and will be in constant peril. It is imperative as a nation that we not let this occur. Republicans lets unite around our party, the party of Lincoln and Reagan and not let a Judas take over. #NeverTrump #GOPWithHer

There’s no one left…

Still a bit more than a month to before it’s officially official. But the fact is, either Hillary Clinton or Donald Trump will be our next president… 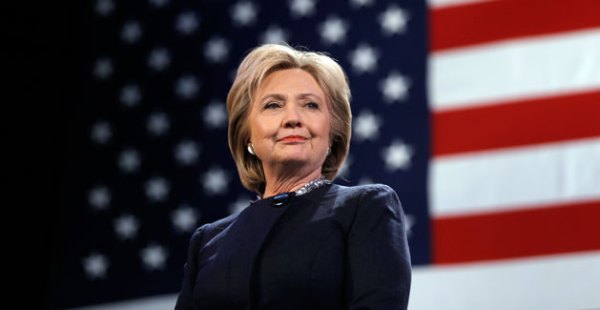 (actually all the “women can be president too” stuff is kindasortamaybe inspiring?)