From her comments at the American Constitutional Society (great name) today:

“Judge Curiel is one of countless American patriots who has spent decades quietly serving his country, sometimes at great risk to his own life,’’ Warren said. “Donald Trump is a loud, nasty, thin-skinned fraud who has never risked anything for anyone and serves nobody but himself.” 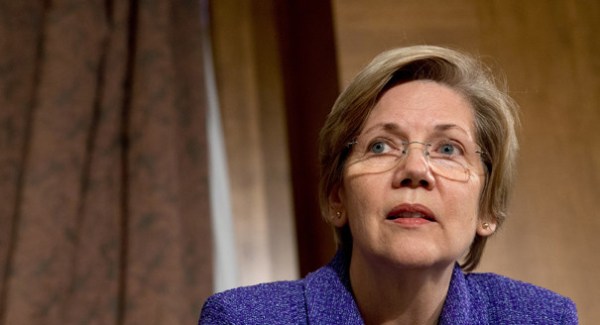 Her approach to governance and positions on the federal government’s role in our lives makes our skin crawl. Her walkout on Netanyahu’s attempt to rally some common sense against the disastrous Iran nuclear deal was deplorable. Her alleged use of her allegedly fraudulent Native American heritage to get ahead is the worst kind Affirmative Action abuse that makes us Republicans want to vomit.

And here we are, quoting her.

UPDATE: Now we agree with Joe Biden too.

Biden: Either Trump doesn't understand undermining a judge is a nearly impeachable offense, or he doesn't care. pic.twitter.com/IdXwm6OGYE

Show the world how EXCITED you are to betray your principles and vote for a Democrat. All thanks to Donald Fathead Trump. Get a shirt: