Donald Trump is now in favor of gun control

Every single day this man proves more and more what a complete and utter fraud he is.

I will be meeting with the NRA, who has endorsed me, about not allowing people on the terrorist watch list, or the no fly list, to buy guns.

So the Republican nominee, who is to the LEFT of Hillary Clinton on trade, who believes in the “Bush lied, people died” mantra and thinks George W. Bush should have been impeached, who bans media from covering him when he doesn’t like what he says, who claims he was against the Iraq War (lies) from the start, who is trying (and failing) to appeal to Bernie Sanders supporters, who believes we should disengage from NATO and any military/diplomatic action in the Middle East (unless it’s to steal oil), who thinks “everyone” should have access to “free” healthcare, who likes Planned Parenthood, who rails against Wall Street…this fraudulent, disgrace to the Party of Lincoln is now apparently going to try and convince the NRA (which endorsed him by the way, in case he would ever let you forget that for five seconds) to accept some gun control measures???

The Republican nominee…is now focusing his campaign on GUN CONTROL?

Oh and he’s also now casting himself as some kind of LGBTQ champion?

Every day, this clown, this con man, this embarrassment to Republicans everywhere just continues to prove what an absolute fraud he is. Every. Single. Day. He. Gets. WORSE.

No wonder 7 out of 10 Americans now agree with us he is garbage.

Seriously, at this point if you are a Republican, what “conservative” issue is it that you are latching onto in the hopes of getting some satisfaction?

2nd Amendment? Nope. Defense of marriage? Nope. Taxes? Nope. Strong foreign policy/defending democracy against totalitarian expansion? I’d say his encouragement of Saudi Arabia to get their own nukes makes that a big, fat, huge NOPE. National Debt? His economic “plan” will increase the debt by over $10 trillion. Shrinking the government? Ha ha ha. NOPE. Abortion? Nope. Entitlement reform? Nope! Israel? Neutral. Political correctness? Well sure, as long as you aren’t mean to HIM.

What’s left, guys? Seriously? For some of us, a lot of those social issues are a necessary evil of doing business with the only party with serious policy proposals for defeating ISIS, shrinking the government, entitlement reform, healthcare reform, tax reform, strengthening the military, supporting fellow democracies (and not JUST Israel) against Islamic Fundamentalism, Chinese Communism or Russian Putinism. For other Republicans, it’s the social issues that drive them.

Trump gives you none of these. None. How is he a Republican exactly? How is he better than Hillary Clinton, who actually DOES give you a coherent (if flawed) foreign policy vision and at least understands why MORE countries with nukes is a bad idea? Oh because he’s supported by the NRA? You banking that he’ll give you conservative Supreme Court Justices? PU-LEAZE. Trump wouldn’t know a real conservative if Victor Davis Hanson bit him on the nose. 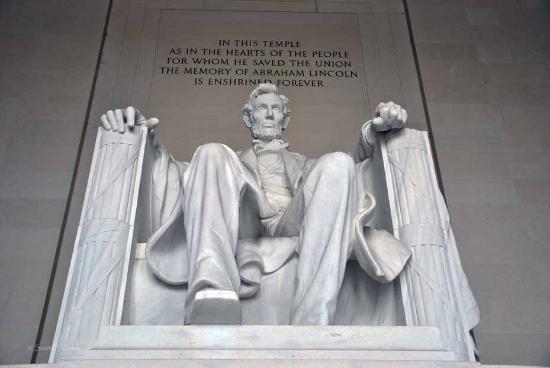 Honest Abe would not approve.

Oh that’s right, he wants to build a wall that Mexico will pay for to keep “rapists” out of the country and he’s going to ban all Muslims from getting into the country because someday, 30 years after they immigrate their children may decide to become terrorists.

At this point, the only reason a Republican has to vote for this imposter is because he’s the guy that was vomited up by the primaries. Well sorry, but that’s just not good enough for us. A fake Republican is just a Democrat by any other name. You get none of the benefits of voting Republican with Trump and all of the baggage of a self-absorbed jerkface who gloats and humblebrags about being “right” about terrorism on a day 49 innocent Americans are slaughtered. NO THANKS!

At least with Hillary we have some idea of what she might do. Even if we only agree with her on 10% of her positions, that’s 10% more than we agree with Trump. At best, she would be a marginal improvement over Obama. At worst…at least she’s not Trump!

We’re with her. Every day Trump opens his big, fat mouth just reaffirms that decision for us.

Thinking of getting off the Trump Train? Get onboard with us – sign our pledge today! We promise, it gets easier.

Posted on May 11, 2016 in Disbelief, Donald Trump, Hillary Clinton, Taxes, Worst. Election. Ever. 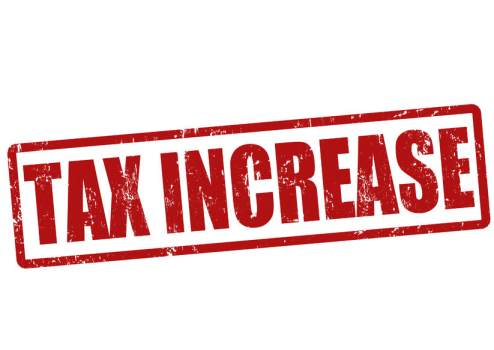 That’s right. More people would see their tax rates go up under a President Trump than President Hillary.

In the Kudlow-Moore draft, those would all rise, according to Cole, to 15 percent, 25 percent and 28 percent. Kudlow had previously only described raising the top rate, which Trump himself has signaled publicly he is open to.

Plus, Cole said, the Kudlow-Moore draft would impose a new cap on itemizable deductions, such as charitable contributions and mortgage interest, at $25,000 for individuals and $50,000 for married couples.

Read all the disgusting details at Politico.

I mean, he’s the REPUBLICAN NOMINEE. And he wants to RAISE taxes on the lowest earners while LOWERING them on top earners. Oh yeah…and it’s STILL adding $3.8 trillion to the debt! At least in Bernie’s fantasies we get free college for his nonsense. Why doesn’t he just wear a giant sign around his neck that says “I’m the embodiment of every false anti-Republican trope the Democrats have been throwing at the GOP for the past 30 years!” 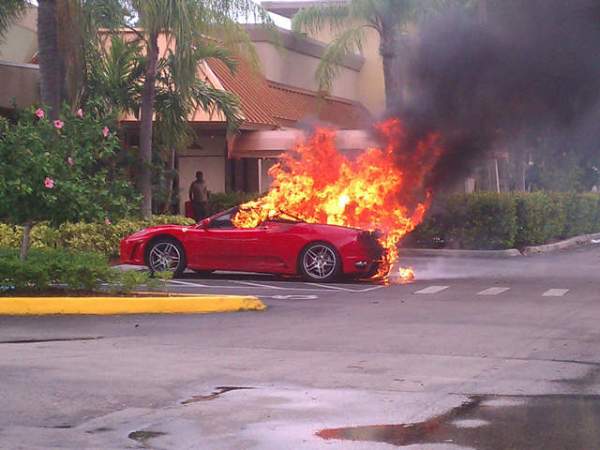 AND he’s going to raise your taxes, get out of NATO, blow up the national debt and let Saudi Arabia and Japan get nukes! So, the ONLY things most people think the Republican Party had going for it before this orange train wreck took over…they’re gone. It’s like someone sold you a Ferrari, except it looks like garbage, handles like a 1987 Buick and can’t drive over 45 miles per hour. But it still costs $200,000 and gets eight miles to the gallon!!!!!

He’s already destroyed the Republican party. Are we really going to let him destroy the country too? 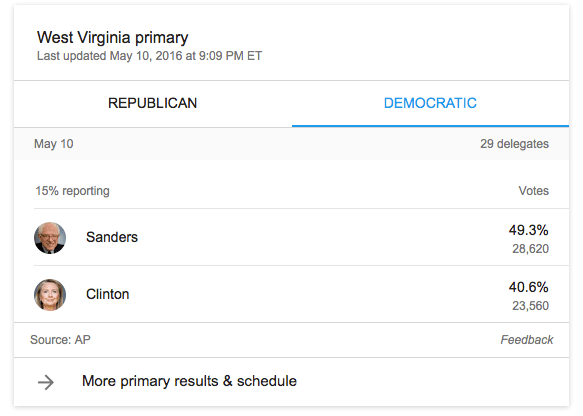 The Pledge – Join Us

Warning: count(): Parameter must be an array or an object that implements Countable in /home/ctcmed5/public_html/gopwithher.com/wp-content/plugins/speakout/includes/class.petition.php on line 307 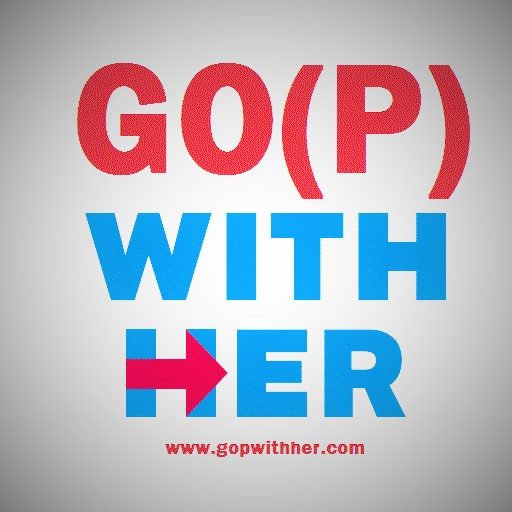 We the undersigned pledge to never vote for Donald Trump. NEVER. He is a know-nothing con man, whose repulsive language, behavior and lack of composure would threaten not only the future of the United States, but the entire world. He is not a conservative. He is not a liberal. He is for nothing. He is against nothing. He is nothing but a charlatan imposter, a reality TV star with nothing but bankruptcies, scams and failures in his past.

By signing this petition, I pledge to do whatever necessary to keep Trump, who is exactly the kind of empty-suit demagogue our Founding Fathers warned us about, OUT of the White House. The thought of giving this buffoon access to nuclear weapons frightens me more than any other possible outcome in this election.

Even if it means voting for Hillary Clinton, a candidate I have been looking forward to defeating for a very long time.

I’m not happy about this. But I’m willing to do it for the good of the country.

#NeverTrump means NEVER TRUMP. Even if it means voting for Hillary.