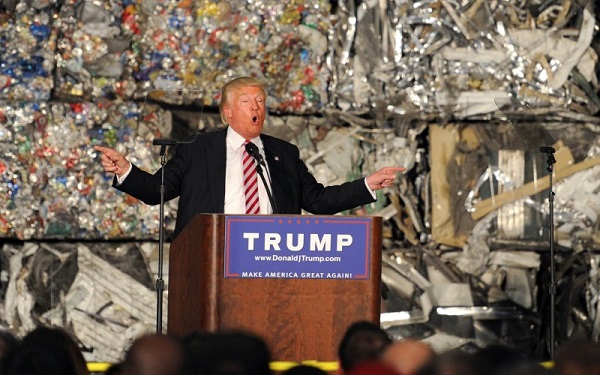 Donald Trump speaking in front of a giant pile of garbage.

The hits just keep on coming for Donald Trump. After a truly putrid month of May and June and nearly 60 days of missed opportunities to unite the Republican Party behind him, at least the presumptive Republican nominee has some positivity in the form of the Republican National Convention to look forward to, right?

Not so fast there, Donny boy…

A recent Politico story confirmed what many of us suspected to be the case since the primary season puttered to a close. No serious Republican wants to be caught within 100 miles of this radioactive sinking ship. The Donald Trump Convention is facing a full-on REPUBLICAN convention boycott.

With the convention less than a month away, POLITICO contacted more than 50 prominent governors, senators and House members to gauge their interest in speaking. Only a few said they were open to it, and everyone else said they weren’t planning on it, didn’t want to or weren’t going to Cleveland at all — or simply didn’t respond.

Ouch. Look, it really isn’t surprising, considering the absolutely tepid “endorsements” and “support” this idiot has received within the party. Just look at this website for crying out loud!

South Carolina Representative Mark Sanford: “I’m not, but hope you have a good Thursday!”

Utah Representative Mia Love: “I don’t see any upsides to it. I don’t see how this benefits the state.”

South Carolina Governor Nikki Haley: “The governor has not been asked to speak at the convention and has no plans to.”

Florida Senator Marco Rubio: Has not been asked, but if he did speak it would not be on Trump’s behalf.

South Carolina Representative Trey Gowdy: Planning to go to the beach instead.

Ouch, ouch, ouch. It’s actually a little strange that Gowdy would not go since he just wrapped up his massive Benghazi investigation. You would think he would want the national platform, if only to promote his own profile, if not to promote Trump. But he’s down with the #ConventionBoycott too apparently. 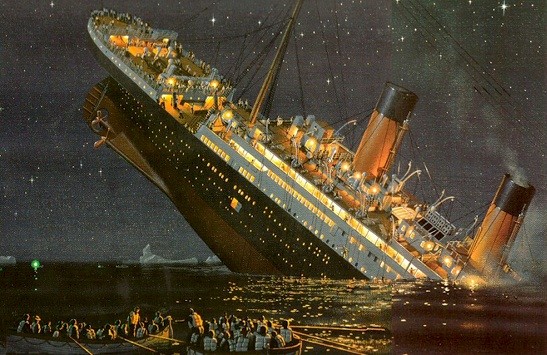 Trumptanic: The Republican Party in 2016.

And in the ultimate rebuke, the “Dump Trump” movement is gaining steam with their “Free the Delegates” campaign. These are conservative, lifelong Republicans like Steve Lonegan, Wisconsin Governor Scott Walker and Erick Erickson all calling for Republican delegates to vote their conscience and nominate someone other than Trump. If carried through, this would escalate the convention boycott into a full-on REVOLT.

How, exactly, is Donald Trump the Republican nominee? Which “Republicans” are he leading, exactly? The crazy anti-Semites who attack everyone who speaks against him? 14 million people, who in many cases had never even been registered Republicans before this election, are going to hold the other 16 million people’s votes hostage? The 52% of Republicans, who just three weeks from the nomination STILL don’t want him to be the nominee? Not to mention the potential 65 million voters the nominee will at minimum need to win this election?

The fact is, Donald Trump is less of a Republican than Hillary Clinton. More and more people are waking up to that reality as the desperate attempts to deny him the nomination become less and less likely. Just wait until it’s official and there really will be no turning back.

No wonder he recently gave a speech in front of a literal pile of garbage. That’s what his campaign is and that’s what this year’s Republican National Convention Boycott signifies.