HRC Not Guilty: No Charges Recommended by the FBI for Hillary Clinton 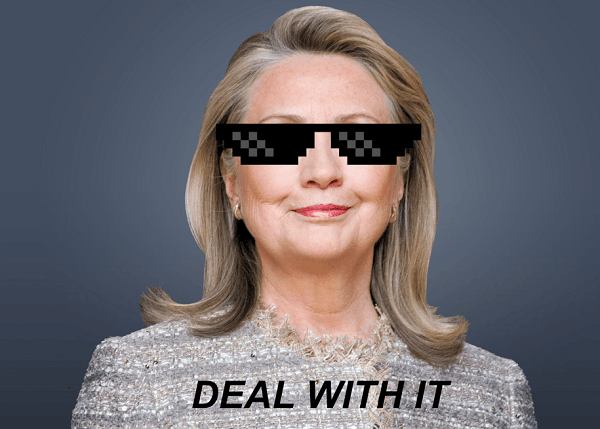 Safe to say that a lot of us have mixed feelings about this. On the one hand, if you’re a Republican you have to be disgusted by Hillary’s behavior…yet again a Clinton gets to screw up with no consequences. On the other hand, if you hate Trump as much as we do, this is about as good of an outcome for this as you could hope for. He’ll yell and scream and his followers will whine and moan…but ultimately, the convention will reset the deck a bit and it’s only a matter of time before Trump does something so stupid that the news cycle will move on from this.

And for all the conspiracy idiots who think that Bill and Loretta somehow plotted this on the plane in Phoenix last week? Puh-leeze. You think an OG like Bill Clinton doesn’t know better than to have a meeting like that in full view of the public? Why not just pick up the phone? Or plan a get together somewhere off grid? Or send a message via courier? Haven’t any of you people ever watched the Wire?

In any case, here’s a salute to gangstas everywhere beating their charges…