This is the second in what will be a multi-part series of thoughts and images from Republicans rejecting Donald Trump around the United States. Are you #GOPWithHer? Leave us a comment below or tweet us @GOPWithHer and we’ll get your image and story online! The resistance is real and it’s GROWING! 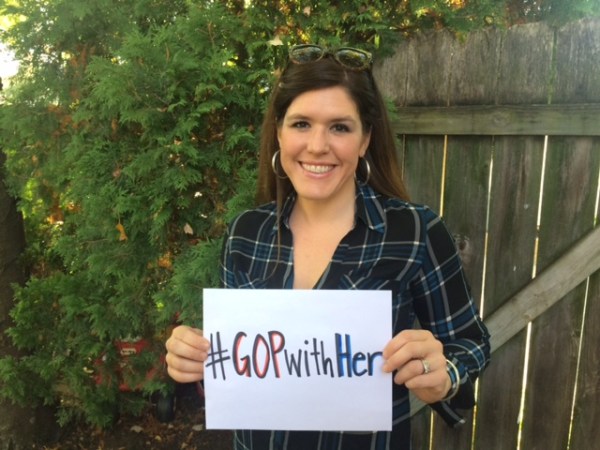 “I’m a pro-life evangelical, straight-ticket Republican voter, but this year I simply cannot do it. As a Christian, an attorney, a mother, a woman, a Republican, and simply as a human being–everything in me protests Donald Trump. I don’t know what the future holds for the GOP and conservative American ideals, but I can clearly see that Trump at the helm spells its demise. He must be defeated.”