Donald Trump And The 47 Percent: The Most Shocking Thing About His ‘That’s Because I’m Smart’ admission 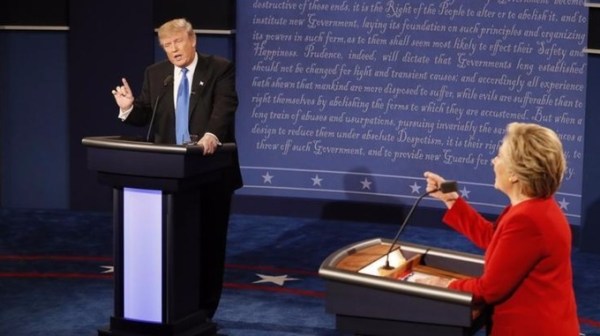 Did Trump just admit he is one of the 47 percent who pays no taxes?

It’s been clear for a long time now that Donald Trump and Mitt Romney could not more different as Republican nominees. For one thing, Romney was not completely off-the-wall and unprepared during his first debate with President Obama. For another, whatever issues Romney had getting the female vote, with his “binders full of women” and subsequent (unfair) vilification, Trump is in a different galaxy of misogyny with his “pigs, slobs and dogs.”

But perhaps the most striking difference when it comes to their gaffes, is that while Romney was attacked for saying that “47 percent of Americans pay no income tax,” no one could have imagined one of the people he was talking about would end being his successor for the Republican nomination just four years later. If Trump really pays nothing in income taxes, that would put him in the very same bracket as the people Romney said would never vote for him anyway. No wonder they hate each others’ guts.

Think about that for a minute though. When Romney made that comment, which was a major problem for his campaign, he was referring to Americans who are so poor that their tax deductions exceed their tax burden. Generally when we think of “the 47 percent” we are talking about people who are on the low end of making a five figure salary.

And if you asked the average “47 percenter” how they feel about not paying any taxes, they won’t tell you it’s because they’re “smart.”

It’s because they have no money.

They don’t go around gloating about it.

Romney lost in part because his comments were perceived as tone deaf towards the plight of poor and lower-middle class Americans. When Romney released his tax returns, partially in response to the outrage over his comments, it created an even greater bloodbath once everyone found he only paid a 13% effective tax rate.

Well, now Trump has effectively confirmed that he pays almost no taxes at all. He himself is a member of the 47 percent!

Trump has risen, in part, because of his ability to capitalize on the misery of these same people. Yet even as he continues to not only be tone deaf, but to actually sneer at them, they continue to support him. “Yes,” he seems to say, “not only am I richer than you, not only am I SMARTER than you, but I also have managed to manipulate the system so that I get the same limited benefits you do even though I don’t even need them. Now vote for me, idiots.”

And yet they still do.

What will it take?