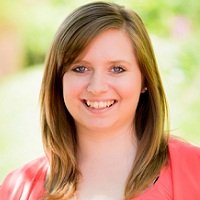 I’ve been a Republican my whole life-and by whole life, I mean whole life; my sister and I are even named after Ronald Reagan (Ver-RON-ica and Reganne – get it?).

I was that kid who in first grade proudly slapped a Dole ‘96 bumper sticker on her pencil case. I actively engaged in political debates with my liberal hippie teachers throughout middle school and high school in Seattle, and for college I picked the most politically active school in the country (Raise High, GW!) to continue fighting for the fundamental beliefs I hold so dear. Needless to say, I’ve been a warrior for conservative values every step of the way.

I’ve been waiting for this election for the past eight years. Like most conservatives, I believe Barack Obama’s presidency has been a disaster for our country. A failed healthcare system, an economy that hasn’t recovered as well as it should have, and continued overreach through executive orders have set America on a course for failure. I couldn’t wait to take our country back and elect a Republican who would advance conservative ideals and put us on the right track.

But instead, this year I’m voting for Hillary Clinton.

This decision did not happen overnight. I’ve grappled with my options for months, losing sleep over what to do. Countless conversations with friends (conservative and liberal) going back and forth, weighing third party candidates, and even considering sitting this one out – finally led me to the decision to put allegiances aside and vote for a woman I’ve despised for years.

Donald Trump’s rhetoric has gone too far. His comments, particularly about women and minorities, are pure hatred. When has it ever been okay for a public figure to say such things?

We, the party of Lincoln and Reagan, cannot let this tyrant of a man win. He has taken away any hope we have as a party to move our country forward. His childish tactics, brash words, and lack of knowledge and policy plans are setting us up for catastrophe, both as a country and as leaders of the free world.

I fundamentally disagree with almost everything Hillary stands for. You won’t see me cheering for policies like free college, raising the minimum wage or universal healthcare. But my reasoning is simple: I’m voting for her because it’s the only sure-fire way to vote against Trump.

It’s time for us to put party politics aside and choose reason over rhetoric, experience over ignorance and love over hate.

Like many of us, Veronica Brown is utterly dismayed by this election’s race to the bottom. She can found on Twitter @VeronicaBrown08

Want to get involved or contribute your own thoughts on why you can never vote for Trump? Leave us a comment below!